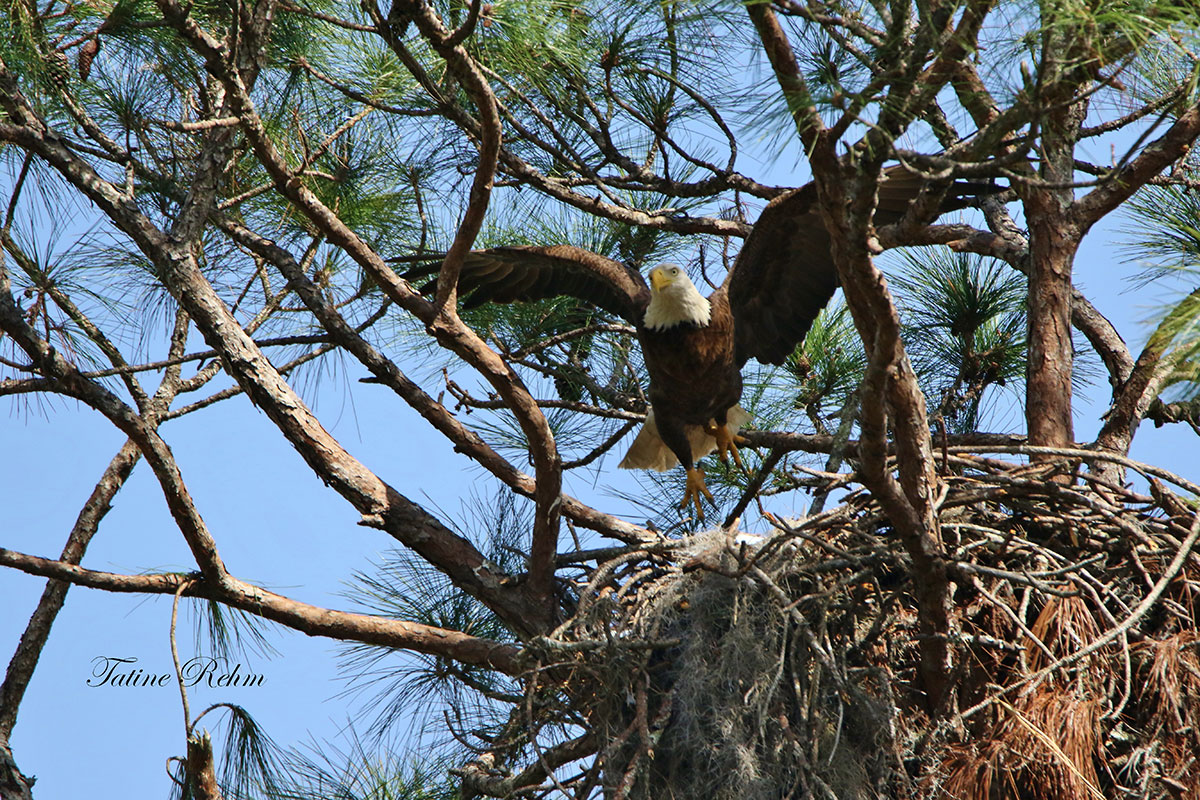 An adult eagle at WNFH about to leave the nest. Photo by Tatine Rehm.

AEF is pleased to present the Welaka Eagle Cam website!

The American Eagle Foundation, in cooperation with the Welaka National Fish Hatchery (WNFH) and the US Fish & Wild Service, is now live-streaming a Bald Eagle nest located at the WNFH.  Staff from AEF traveled to the hatchery in September 2019 and provided technical expertise in installing two cameras in the Longleaf pine tree where the nest was located. However, shortly after the two cams were installed, Welaka staff observed that Mom and Dad eagles had relocated their nest to another tree approximately one half mile away from their previous nest (where the cams had been installed). After it was confirmed that the eagles were going to use their newly-built nest for this season, it was apparent that the two cams installed in the original nest tree would no longer be able to provide views for this nesting season. To help solve the problem, AEF provided a third cam that was installed on a pole in front of the ponds and closer to the new nest. Although we will not have the stellar views into the actual nest we had hoped for this season, we will be able to provide views of the eaglets, as well as their parents coming and going to and from the nest. 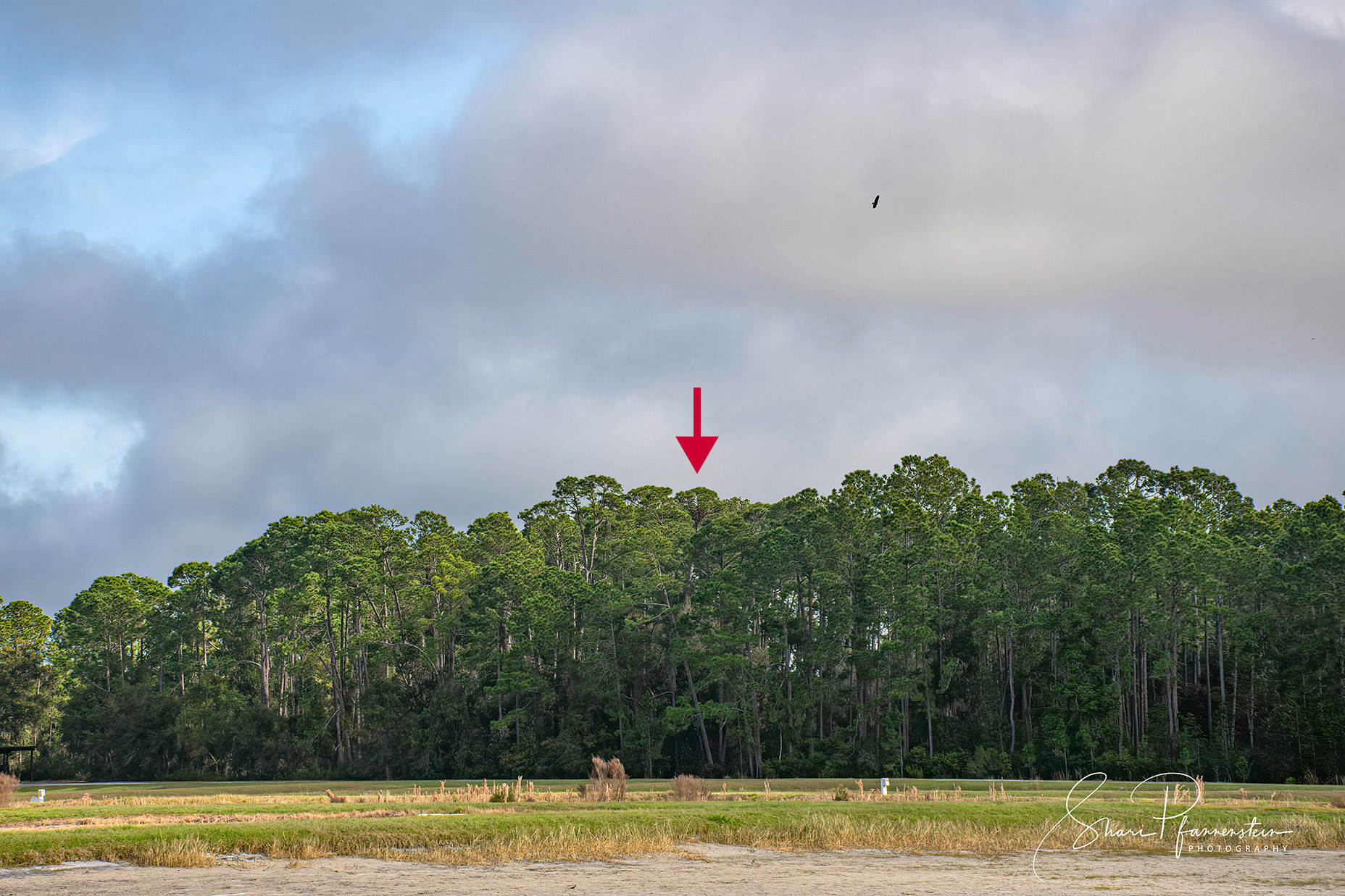 Arrow points to the new nest at Welaka. One of the eagles is seen above. Photo by Shari Pfannenstein.

Eggs were laid in the new nest in early December 2019 and observations from the ground indicate two eaglets probably hatched in early January. The eaglets have thrived and are now full size with dark feathers. One eaglet fledged March 28, and the other on April 2.  They will spend the weeks ahead improving flying and fishing skills until they are able to survive on their own in the wild.

Two healthy eaglets are growing strong! As of April 2, 2020, both have made their first flight from the nest.

The Welaka National Fish Hatchery is one of the largest hatcheries in the state and sits near the St. Johns River and The Welaka National Forest. There are 41 ponds which are vital in raising the 4.5 – 5 million fish annually. In addition to their prime function as a fish hatchery, the ponds serve as a valued resource for all the wildlife that live in this vast area.  Visit the Website!