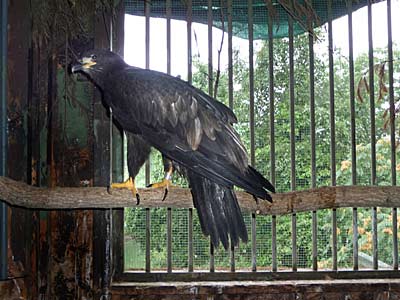 Bald Eagle ‘Patriot’ just prior to release from his artificial nesting compartment on Douglas Lake.

Today (July 29th), the non-profit American Eagle Foundation released a captive-hatched Bald Eaglet into the wild in honor of Captain Joshua Todd Byers (US Army) who was killed in action in Ramadi, Iraq on July 23, 2003 at the age of 29.

He died while serving as Fox Troop Commander of the 2/3ACR, and received the Purple Heart and Bronze Star with Valor.

Mr. Lloyd Byers and Ms. Mary Byers of Nashville were present for the release of the eaglet, which they named “Patriot” in honor of their son.

The eaglet was produced this spring by a non-releaseable Bald Eagle pair at the AEF’s United States Eagle Center at Dollywood. The breeding pair was previously named by the families of two other US Soldiers who died in Iraq. 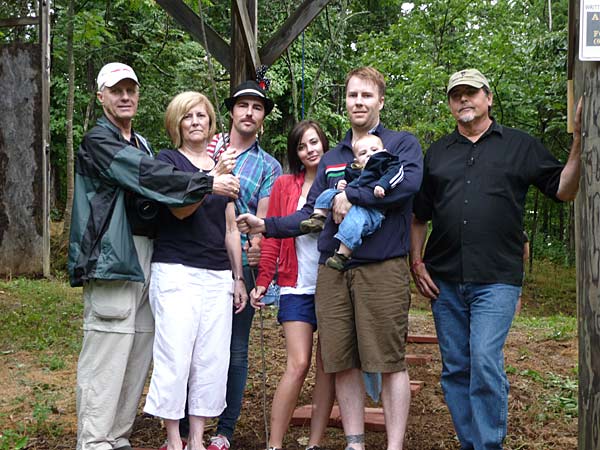 Captain Joshua Todd Byers’ family gathers to pull the rope which will raise the bars on ‘Patriot’s’ compartment, allowing him to fly free. 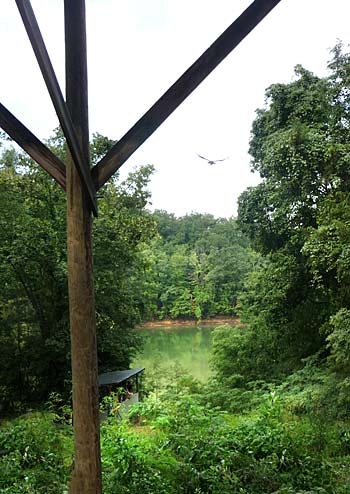