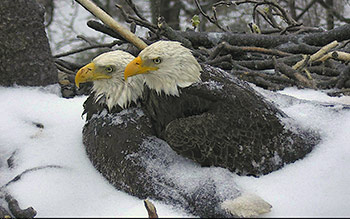 During winter storm Stella, Bald Eagles Mr. President & The First Lady, protected their eggs together at the DC Arboretum in Washington DC. 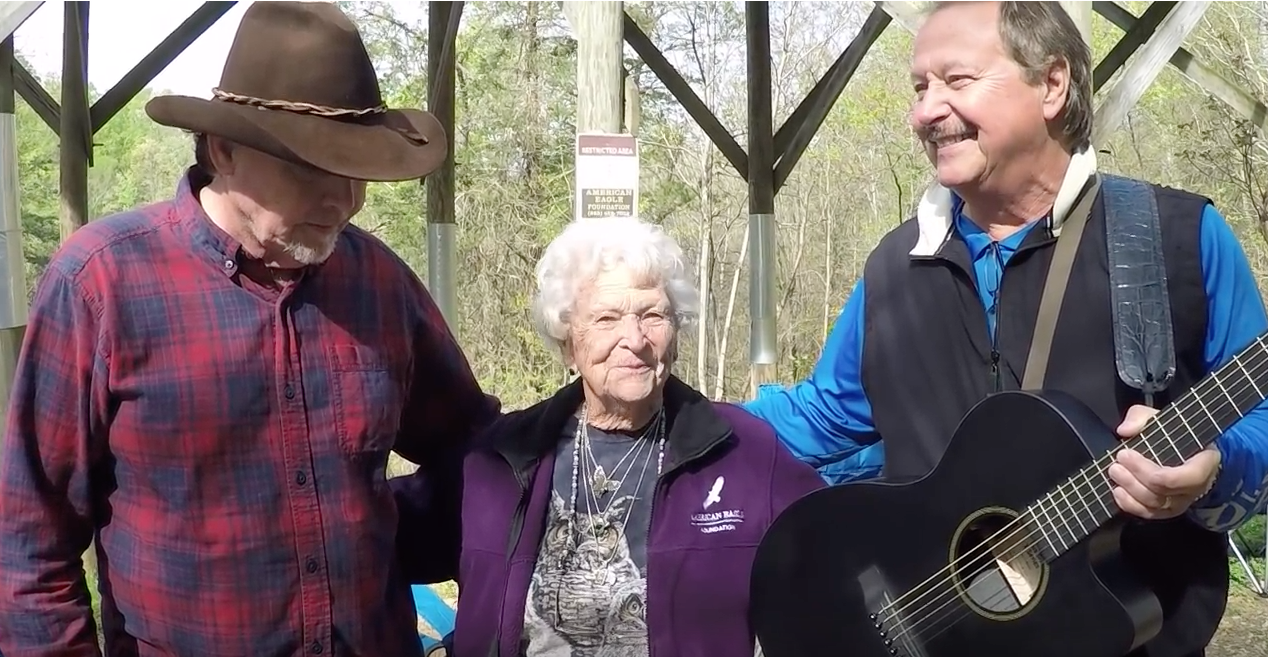 Release of Bald Eagle “Spirit” from the AEF Hack Tower on Douglas Lake in honor of Dorris Mager, the Eagle Lady. Doris Mager’s adventure began in 1963 while working at the Florida Audubon Society Headquarters. Later, in June 1983 she established an educational and research group called S.O.A.R. Inc., Save Our American Raptors. Part of her research work included conducting aerial surveys of bald eagle nesting sites for scientists studying the population and habits of these birds in the wild. L-R: Al Cecere, Doris Mager, James Rogers. 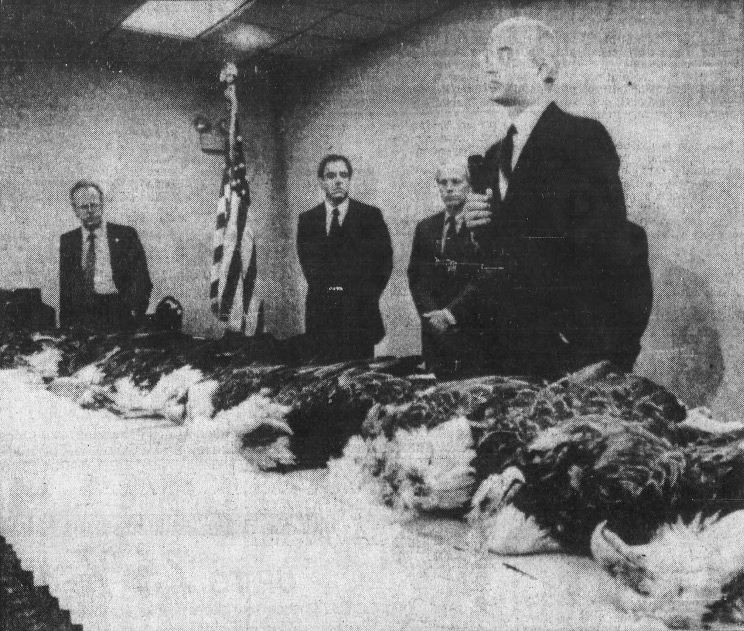 SIOUX FALLS, S.D. — Surrounded by 23 frozen eagle carcasses, Secretary of Interior James Watt used the display to denounce the destruction of the nation’s wildlife and to show, he said, and to show the disregards some have for game laws. AP Laserphoto.

Motivated by an Associated Press photograph that appeared in The Tennessean newspaper June 16, 1983 depicting 23 eagles that had been shot in the Dakotas by poachers, Al Cecere, founder of the American Eagle Foundation, experienced a life-changing moment that redirected his life and aroused his passion to save a precious species. More information.