Following the 2017-2018 nesting season, it appeared that Mr. President once again stayed in the D.C. area, being seen at the nest Aug. 21 and Sept. 10, 2018. Dan Rauch, with DOEE, observed Mr. President and The First Lady soaring together near the nest area on Oct. 12, and they made their first visit to the nest on Oct. 15. Following their routine for the early nesting season, they did not visit the nest every day, but brought in sticks every few days or so. Their first known mating was on Nov. 28, reported by Sue Greeley.

Enjoy a recap video/slideshow from this season.

Unfortunately, we do not know much about their activities from December 22 through the first of February 2019 because of no cam access due to the government shutdown, which also meant no reports from Sue Greeley. Once we did have internet access, we saw that Mr. President worked hard on the nest every day, and The First Lady once again played supervisor! She did occasionally bring in a stick, but most often she just rearranged his work! Mr. President seemed to be focusing much of his stick placement in the infamous “V” and the side of the nest by the lateral branch. Many times, he brought in sticks that were so big that they looked like trees, and several of them were so large that they went overboard when he tried to place them in the “V.” Watching him watch the stick he placed so carefully fall down to the ground always elicited a chuckle! 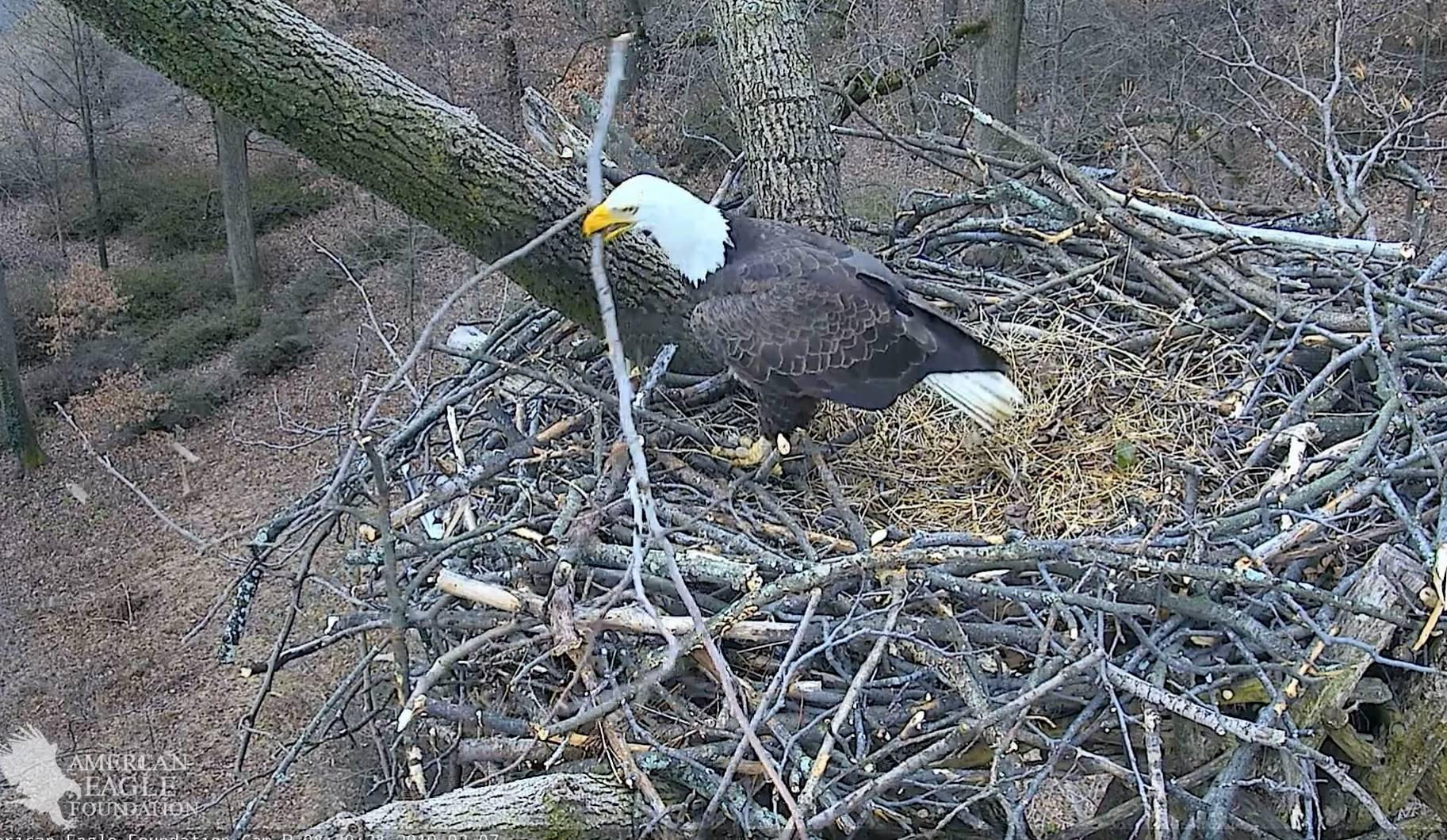 Mr. President brings in another stick!

Once again, there were several eagles who visited the nest. Most of these visits were short and tolerated well, especially by Mr. President. There were a few visitors, however, that were persistent and got a little too comfortable. These were the visitors that Mr. President tried to chase away himself, and when that didn’t work, The First Lady flew in and dive-bombed them! To our knowledge, none of the visitors that The First Lady dive-bombed returned! 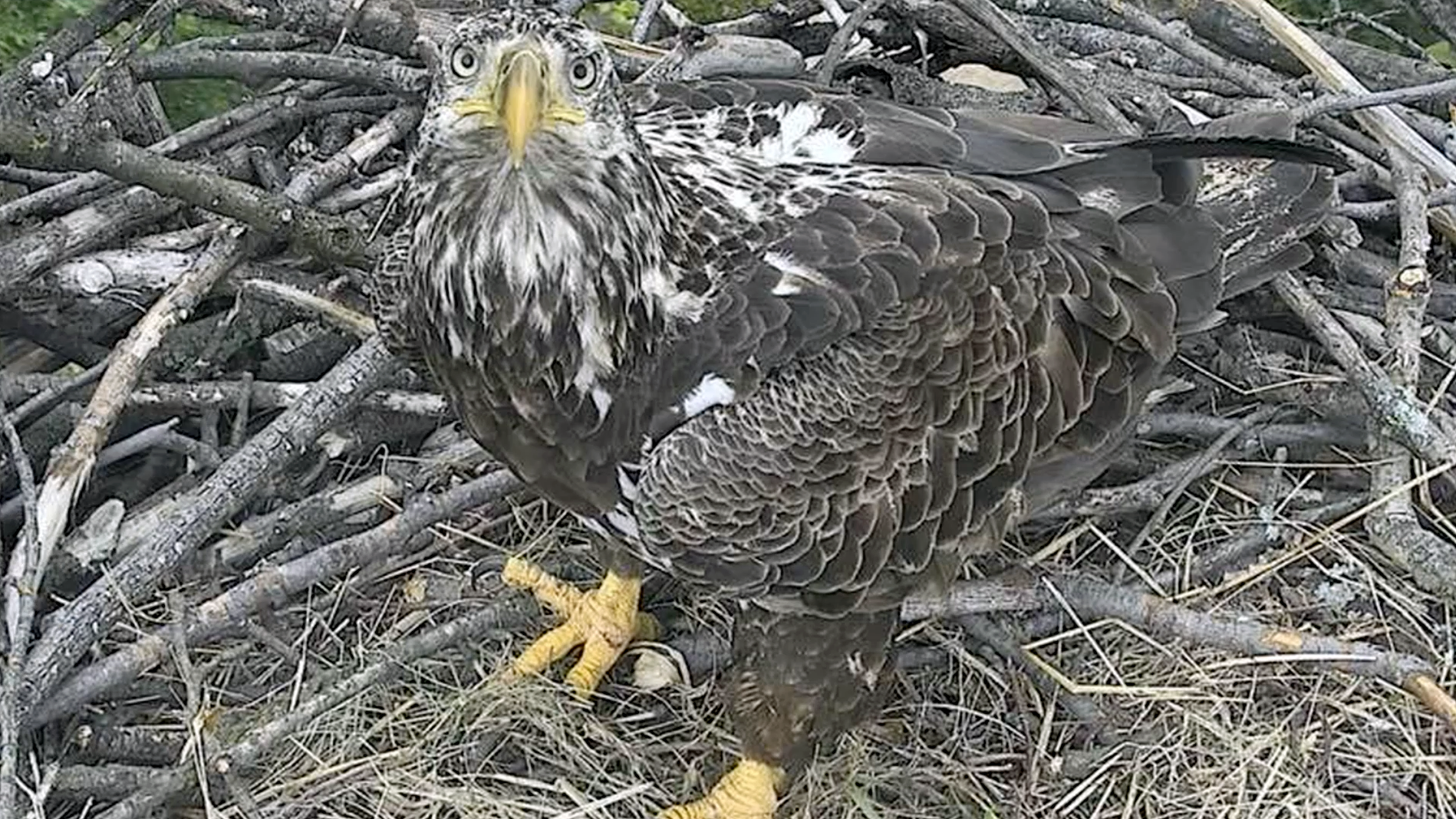 February and March rolled by with no eggs being laid, but we did not worry because The First Lady had been laying her eggs a little bit later every year, and we were seeing them mate every day, more than once most days. When April started and there were still no eggs, we began to wonder if maybe she would not lay eggs this year, which is not unusual, although it had just never happened in their short history. Eagles in the Chesapeake Bay area lay eggs through April, so we were still hopeful.

However, eggs were not meant to be this year, and we last saw The First Lady June 14 and Mr. President on June 18. We will never know for sure why they skipped eggs this year, but it very well could be because of all the visitor activity around the time she would normally be laying eggs. Although it is a disappointment to not have eggs this season, we are happy that Mr. President and The First Lady are in good health and safe, and we look forward to next season! 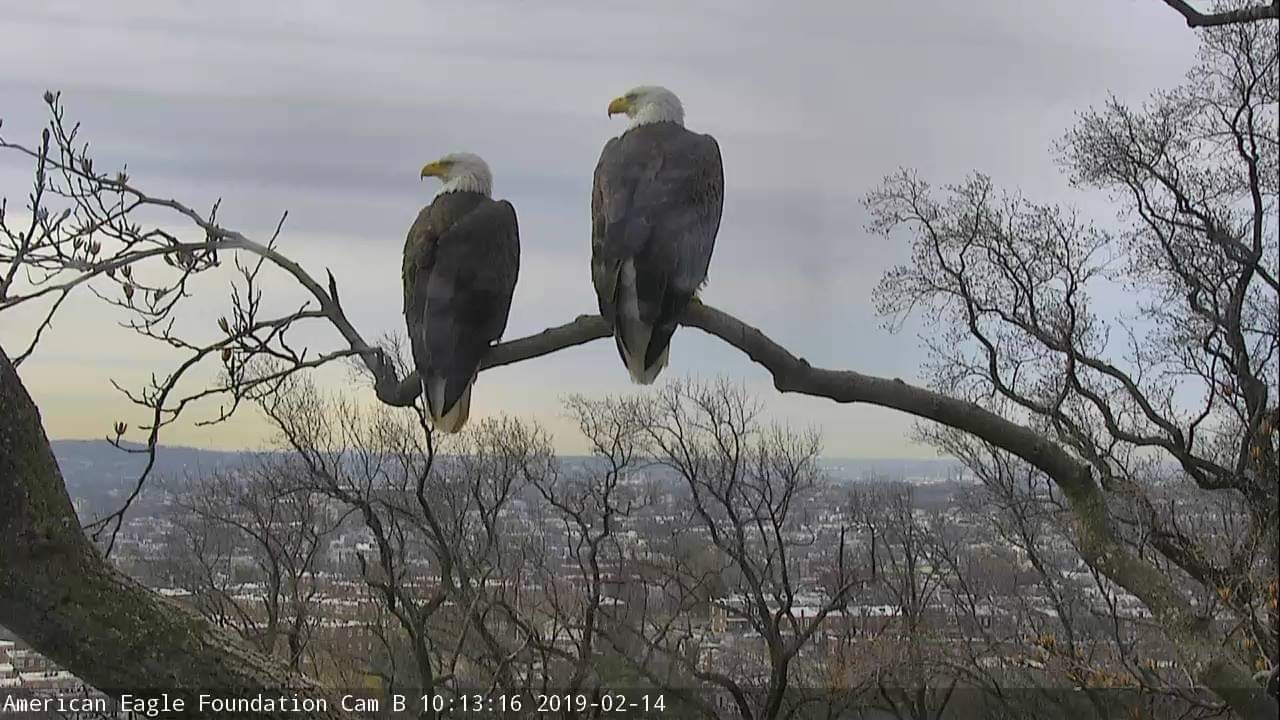 Mr. President and The First Lady survey their domain.